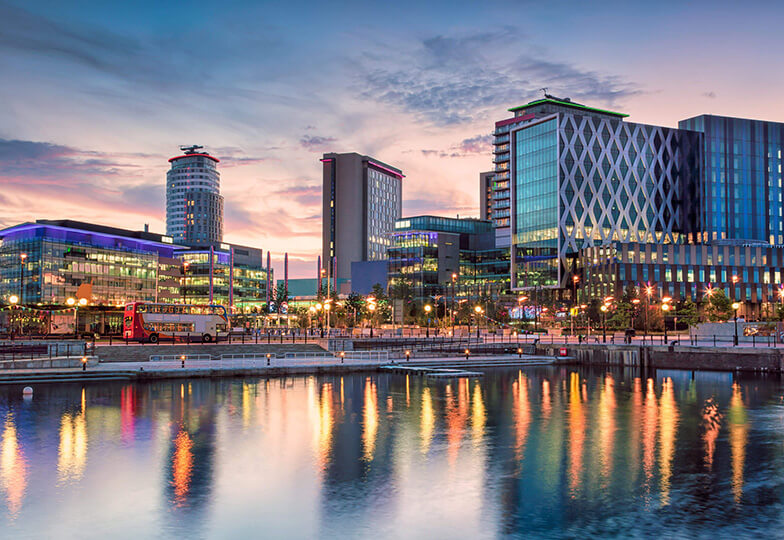 The residential sector continues to drive record levels of real estate development in Manchester for the third year running. Forty eight residential schemes were on site last year, up from 41 in 2017, and these are set to deliver 14,480 units. According to Deloitte Real Estate’s annual Manchester Crane Survey, 3,345 more units are under construction compared to the same time last year and the projected delivery over the next three years is greater than the total number of residential units delivered between 2007 and 2018.

The city also enjoyed a record year for residential units being delivered to market, which is at its highest level since 2006 with 2,569 units completed. These figures were bolstered by the completion of several build-to-rent schemes in Ancoats and New Islington, including Manchester Life’s Smith’s Yard and Sawmill Court, Mulberry’s The Astley. A further five schemes were completed in Salford, including Slate Yard Wharf and Middlewood Locks. The pipeline of data points towards 2020 having the highest rate of delivery since the Crane Survey began in 1999. Key residential development starts in 2018 included Select Property Group’s Embankment West, FEC’s Mount Yard, Renaker’s Elizabeth Tower at Crown Street, and Capital & Centric’s Crusader Mill.

Simon Bedford, partner at Deloitte Real Estate, said: “Last year Manchester established itself as one of Europe’s fastest growing cities, and this year’s report shows no sign of activity slowing down.

“The city is leading the way in catering for an increasing population through the development of entire new neighbourhoods – whether that is bringing forward new living, retail or office space.

“These new districts are redefining the parameters of the city centre as development spills out into the suburbs, particularly in the northern and eastern quadrants of the city.”

The data comes as part of significant growth across a number of key development sectors. In the office sector, the report shows over 2 million sq ft of office space under construction across 13 schemes; a remarkable increase on the consistent levels of 1.5 million sq ft reported between 2015 and 2017.

The most noteworthy step-up in the office sector was the considerable shift towards pre-let construction. A total 25 per cent of all office developments on site in 2018 were pre-let, increasing from just 10 per cent in 2017. On the deals front, the city experienced a number of high profile announcements, including HPE at Circle Square, Booking.inc. at St John’s, WeWork at Dalton Place, HMRC at 3 New Bailey, and Amazon at Hanover House.The report said in order to continue to attract commercial investment, create new jobs and retain talent, the supply of Grade A floorspace needs to be maintained, along with the strong delivery of residential units in the city.

New starts made a large contribution to the total floorspace under construction, with ten new office schemes starting on site in 2018 due to deliver 1,541,797 sq ft. These are spread across the city, with four in the city centre, three in Salford, plus the Manchester Goods Yard in St. John’s. This new space is a result of strong pre-let activity and long-term strategic regeneration plans. In addition, three further schemes (Old Granada Studios, Bonded Warehouse and ABC) are being delivered at St. John’s by Allied London and are part of larger mixed-use schemes that also include studio space for the creative, digital and media industry as part of the Enterprise City initiative.

“The marked increase in office construction levels is reflective of the continued draw to the city for major businesses. Investor confidence is booming, as the rise in pre-let deals clearly demonstrates” said Bedford.

“With creative, media and tech occupiers leading the major office deals in 2018, there’s also a growing diversity in Manchester’s job market – we can expect this to play a key role in boosting the city’s economic growth and talent retention in the years to come.” The Crane Survey also highlights considerable investment in education and research projects, such as Corridor Manchester (1.1m sq ft), the Graphene Engineering Innovation Centre (GEIC) and the Manchester Engineering Campus. This is supported by a community of over 100,000 students currently attending university in the region and the highest number of purpose-built student accommodation underway since records began in 1999, at 1,749 units in 2018. The hotel sector has also seen a flourish of activity, with a new record being set in 2018 on the number of hotel rooms under construction – 1,963 new bed spaces.

The pipeline remains strong moving into 2019 with new starts anticipated including the new QBIC hotel at John Dalton House. In total nine new hotels are under construction: four of these schemes are within the city core, two are located within NOMA and the Northern Gateway and one within the Southern Arc. A further two schemes are still under construction that commenced development during the course of 2017 and are due to complete in 2019, taking the total number of rooms in the city centre to over 10,000. This growth is in part due to the strength of the business visitor economy, with Manchester Central positioning the city as a ‘world-leading conference destination.’Coupled with improvements to travel infrastructure and public attractions, the outlook for Manchester’s tourism industry looks strong.

Bedford finished: “Manchester continues to set itself apart in its growth strategy, acting as a blueprint for many other developing cities across the UK and Europe. The findings of this year’s Crane Survey are extremely encouraging and reflective of a real sense of optimism surrounding the city’s economic future.

“Looking ahead, new direct services between Manchester Airport, and, among others, Tel Aviv, Los Angeles, and Mumbai, are an indicator of the city’s growing international connectivity.”This is set to impact positively on tourism in 2019, and will no doubt cement Manchester’s position as a location of choice for global businesses.”